“And now . . .a story about a very strange lion—in fact, the strangest lion I have ever met.” So begins Shel Silverstein’s very first children’s book, Lafcadio, the Lion Who Shot Back. It’s funny and sad and has made readers laugh and think ever since it was published in 1963.

It was followed the next year by four new books. The first, The Giving Tree, is a moving story about the love of a tree for a boy. In an interview published in the Chicago Tribune in 1964, Shel talked about the difficult time he had trying to get the book published. “Everybody loved it, they were touched by it, they would read it and cry and say it was beautiful. But . . . one publisher said it was too short. . . .” Some thought it was too sad. Others felt that the book fell between adult and children’s literature and wouldn’t be popular. It took Shel four years before Ursula Nordstrom, the legendary Harper & Row editor, decided to publish it. She even let him keep the sad ending, Shel remembered, “because life, you know, has pretty sad endings. You don’t have to laugh it up even if most of my stuff is humorous.”

Shel’s second collection of poems and drawings, Where the Sidewalk Ends, was published in 1974. It opens with this Invitation:

Shel invited children to dream and dare to imagine the impossible, from a hippopotamus sandwich to the longest nose in the world to eighteen flavors of ice cream to Sarah Cynthia Sylvia Stout who would not take the garbage out. This was followed by The Missing Piece, published in 1976, and The Missing Piece Meets the Big O, published in 1981—two companion fables that explore the concept of fulfillment. With his next collection of poems and drawings, A Light in the Attic, published in 1981, Shel asked his readers to put something silly in the world, not be discouraged by the Whatifs, and turn on a light in the attic.

He urged readers to catch the moon or invite a dinosaur to dinner—to have fun! School Library Journal not surprisingly called A Light in the Attic “exuberant, raucous, rollicking, tender and whimsical.” Readers everywhere agreed, and A Light in the Attic was the first children’s book to break onto the New York Times bestseller list, where it stayed for a record-breaking 182 weeks.Yet Shel did not set out to write and draw for children. As he told Publishers Weekly in 1975, “When I was a kid . . . I would much rather have been a good baseball player or a hit with the girls. But I couldn’t play ball, I couldn’t dance . . . so I started to draw and write. I was lucky that I didn’t have anyone to copy, be impressed by. I had developed my own style.”Shel Silverstein was born in 1930. He grew up in Chicago and created his first cartoons for the adult readers of the Pacific Stars and Stripes when he was a GI in Japan and Korea in the 1950s. He also learned to play the guitar and to write songs, including “A Boy Named Sue” for Johnny Cash and “The Cover of the Rolling Stone,” sung by Dr. Hook. He performed his own songs on a number of albums and wrote others for friends, including his last, in 1998, “Old Dogs,” a two-volume set with country stars Waylon Jennings, Mel Tillis, Bobby Bare, and Jerry Reed. In 1984, Silverstein won a Grammy Award for Best Children’s Album for Where the Sidewalk Ends—“Recited, sung and shouted” by the author.

He was also an accomplished playwright: His credits include the 1981 hit The Lady or the Tiger and The Devil and Billy Markham. He and David Mamet each wrote a play for Lincoln Center’s production of Oh, Hell!, and they later cowrote the 1988 film Things Change. A frequent showcase for Shel’s plays, the Ensemble Studio Theatre of New York, produced The Trio in its 1998 marathon of one-act plays

Shel Silverstein will perhaps always be best loved for his extraordinary books. Shel’s books are now published in more than 47 different languages. The last book that was published before his death in 1999 was Falling Up (1996). Like his other books, it is filled with unforgettable characters, such as Screamin’ Millie, who screamed “so loud it made her eyebrows steam.” Then there are DannyO’Dare the dancin’ bear, the Human Balloon, Headphone Harold, and a host of others. Shel was always a believer in letting his work do the talking for him. So come—wander through the nose garden, ride the little hoarse, and let the magic of Shel Silverstein open your eyes, tickle your mind, and show you a new world.

Shel Silverstein’s legacy continued with the release of a new work, Runny Babbit. Shel’s first posthumous publication, conceived and completed before his death, was released in March 2005. Witty and wondrous, Runny Babbit is a poetry collection of spoonerisms, which twist the tongue and tease the mind!

Way down in the green woods
Where the animals all play,
They do things and they say things
In a different sort of way –
Instead of sayin’ “purple hat,”
They all say “hurple pat.”
Instead of sayin’ “feed the cat,”
They just say “ceed the fat.”
So if you say, “Let’s bead a rook
That’s billy as can se,”
You’re talkin’ Runny Babbit talk,
Just like mim and he.

Then a new collection of Shel Silverstein’s poetry, Every Thing On It, was published in 2011, comprised of 140 never-before-seen poems and drawings that Shel had completed before his death. Say Hi-ho for the toilet troll, get tongue-tied with Stick-a-Tongue-OutSid, play a highly unusual horn, and experience the joys of growing down! This book is filled with Shel Silverstein’s blend of humor and poignancy that bends the brain and opens the heart.

THESE BOOTS
These boots are a little too big.
It’s a fact I am forced to admit.
I am clumsy and slow,
But in ten years or so If my feet only grow,
They’ll fit.

Shel Silverstein’s incomparable legacy is apparent in each one of his books and continues with every reader he inspires.

WHEN I AM GONE
When I am gone what will you do?
Who will write and draw for you?
Someone smarter—someone new?
Someone better—maybe YOU! 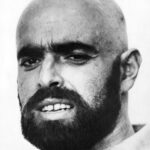 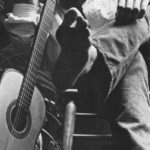 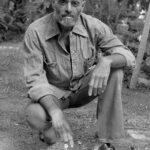 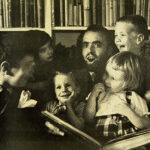 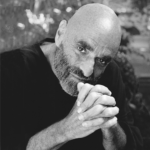 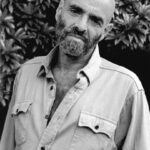 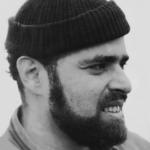 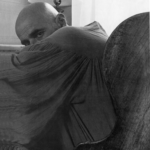 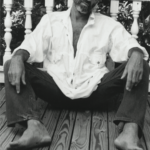